We had some fantastic results at the Eastern Alpaca Group Halter Show in October, held at Beechwood Equestrian Centre near Chelmsford. Our team of five girls and two boys came home with two colour championships, three red (1st) and three blue (2nd) rosettes plus one yellow (3rd). We were truly delighted that Yew Tree Polly won Champion Fawn Female and Yew Tree Tempest won Champion White Male. 😍 Poor Tempest had a bit of a temper tantrum when in the ring as his head collar was too big!

We were also very proud to collect the best EAG Member Award for achieving most points, many thanks to Sally & Simon of Moat Farm Alpacas (Cipher Crystal) for sponsoring the lovely Crystal award. 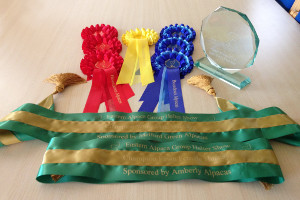 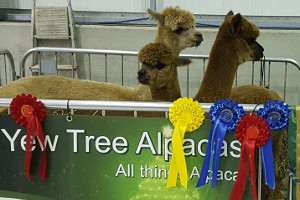